Angel Couture Designer Kay Heeley first got into dressmaking at a very early age, following in the footsteps of her two aunts who were tailors and sample machinists. Kay’s mother Janet made her own wedding dress back in the 70’s when bridal shops were a place of luxury. Coming from a working class family, they didn’t have much money for expensive clothes and Janet’s wedding fabric cost a total of £12. With the help of her sister Freda, Janet made a beautifully plain Dupion silk slash neck empire line dress with fit and flair sleeves and a long train, quite similar to some of today’s trends which goes to show that ‘style never goes out of fashion’.

Kay’s first experience on a sewing machine was at high school where she made numerous items in her Design Technology class, along with her aunt at weekends making dresses and skirts. The term ‘it will never just do...’ Kay perfected the art of unpicking until every seam was perfect.

When Kay started calving out her future career at Barnsley College on the Fashion Innovation course, (founded by fashionista Rita Britton) she was already sailing high making wedding dresses for friends and family, and getting Distinctions for every piece of work handed in and winning ‘Student of the Year’ 2 years running. Her final collection was of course Bridal Couture which went on to be displayed at Barnsley College design centre earning Kay one final Distinction.

The seed was planted that this was what Kay wanted to do, she thrived on making people feel amazing and wanting to go that extra mile to create a masterpiece for them. She went onto to work at Hoops a Daisy Bridal in Sandal, as Kay was keen to perfect her craft and find out how all the big designers made their dresses. She did this by literally turning the dresses inside out doing alterations. The weekends she would work on the shop floor learning from the sales team how to talk and present yourself to clients to make them feel totally at ease buying the most special dress of their lives. Kay called this period in her life ‘the sponge years’ where she literally soaked up all the knowledge she could find and used it to build her own reputation with her own already growing clientele.

All the new techniques and styles coming through from the likes of London bridal week and Harrogate Bridal shows, Kay would spend every Sunday making dresses based on the new found skills she was learning, and keeping a watchful eye on up coming trends. Kay grew bored of trying to find the latest fabrics in the disappearing fabric shops, so she then started researching leading fabric suppliers from the U.K. and overseas to get the latest trends before they hit the high street. Kay now uses the very best in leading fabrics from companies such as James Hare Silks, Bennett silks, Carrington Fabrics, Michael’s bridal fabrics, DSI London, and Chrisanne Clover London.

In September 2011 after 9 years working in the Bridal and evening wear market, Kay got approached by DSI London after going down to Introduce herself as a designer looking to start doing dance wear. Kay then secured herself a senior designer role working for DSI alongside Designer Vicky Gill. Kay worked in the design and couture dress department creating stunning ballroom and Latin dresses for world champion dancers, brand ambassadors, TV shows such as The BBC’s Strictly Come Dancing, Austrian Television’s Dancing Stars, and creating world class window displays for one of London’s leading department stores. Kay’s portfolio increased rapidly in the 4 years she worked at DSI and the connections she was making.

In October 2015 Kay made the hard decision to leave DSI London and continue working for her own brand Angel Couture. She has been approached by a leading bridal brand Mon Cheri in America where she travelled over to New York after making connections with the company’s CEO Mr Steve Lang. Kay produced her portfolio of designs and past work and was offered an 8 months internship with Mon Cheri, however kay decided her heart lay back in Yorkshire with her family and working for another large organisation took Kay away from doing what she did best... making every client feel they were the only one. Kay felt that sometimes in larger companies, customers were just numbers, this was what Kay wanted to avoid. She wanted to create a name for herself where customers could not only be made to look a million dollars, but feel it too.

In 2016 Kay decided to move back home. She set up her first studio space and rebranded the label Angel Couture by Kay Heeley after her late grandmother Annie Sidaway who Kay always said was her guardian angel and why so many wonderful things had come her way.

From 2016 to present Kay’s studios, brand and reputation have increased making Angel Couture by Kay Heeley winning numerous awards for being the ‘Best of Barnsley’ and runner up for ‘Excellence in customer service’ by the local chamber or commerce. 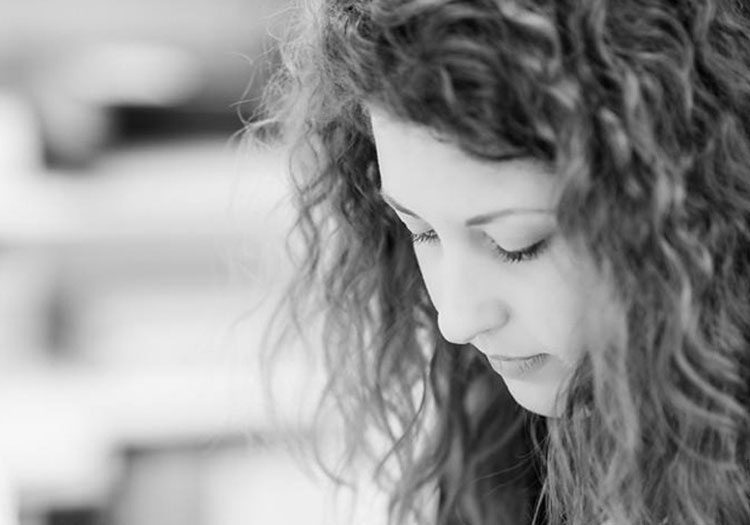